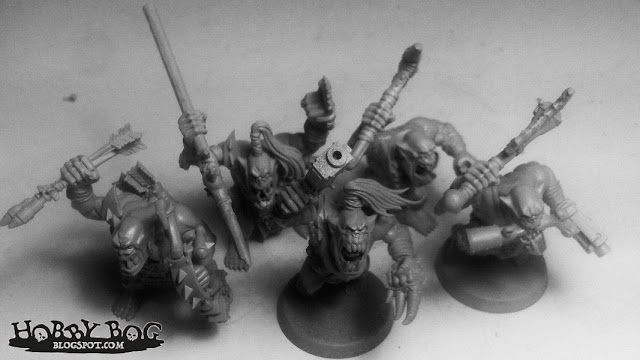 Shaman appeared to be just the tip of the conspiracy — my friends presented me with a box of feral orcs which was my long term plan for the Snakebite klan. Kommandos are commonly represented with Blood Axe klan but that was too obvious and boring. Snakebites tend to keep to the roots and use natural kunnin' over gubbinz which works well to interpret sneaky fits of kommandos.


Here's the first bunch rushing from an ambush site: 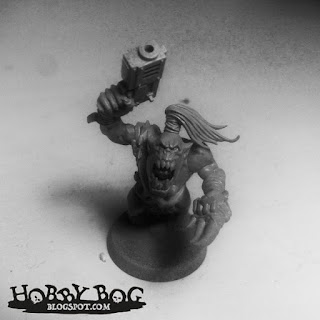 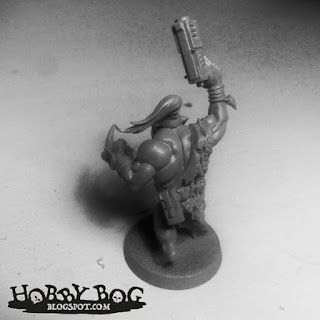 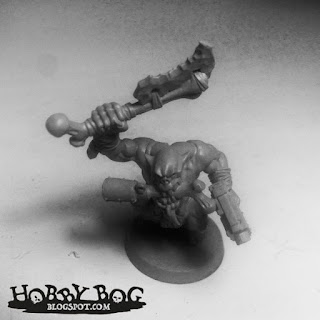 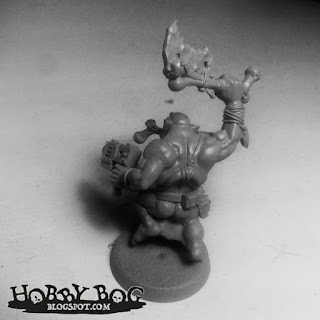 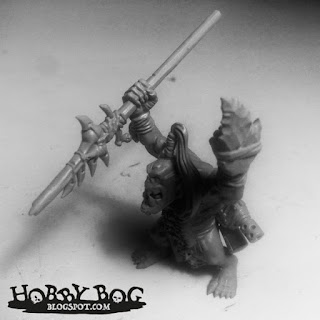 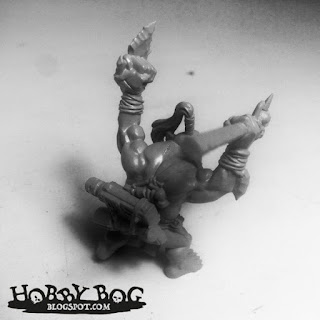 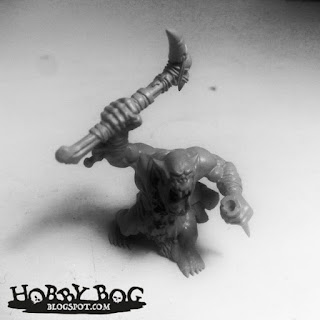 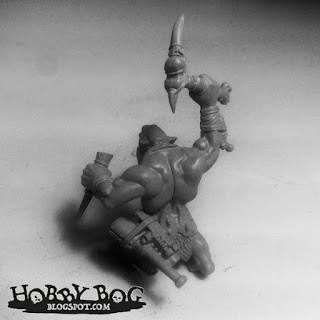 Too easily done to call that 'conversions' — I like feral orc models as the are 'cause they perfectly fit the Snakebite aesthetics so only a few 40k-ish additions for woozywig like sluggas and stikbombs.

I wanted to make at least one specialist right away and came up with this rokkit launcha Rambo-guy. 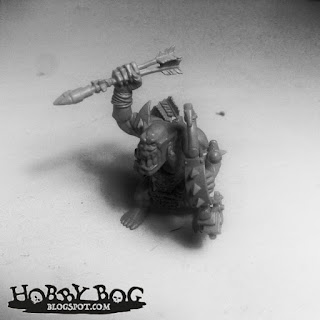 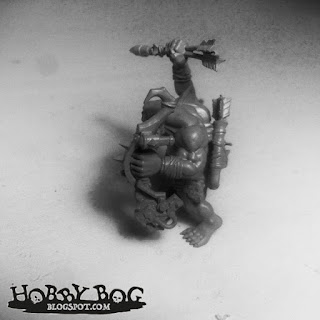 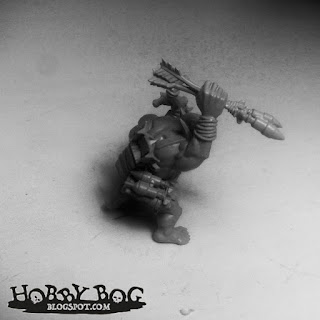 And now for something completely different — the last of the unexpected presents: 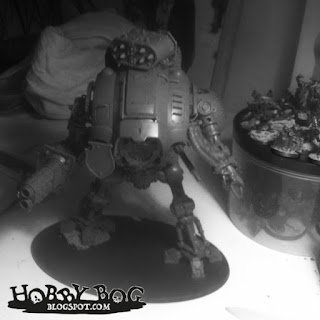 I've preassembled and magnetised him during two weeks (pretty fast to my standards) — nothing special about him so far. He'll definitely deserve a separate post as I have some plans for him. 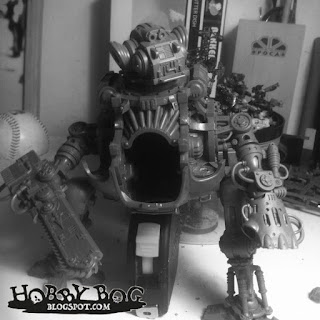 We laughed to the tears when found that you can use knight's arse as a face for a space-monkey stompa... or his groin for a C3PO-stylised one: 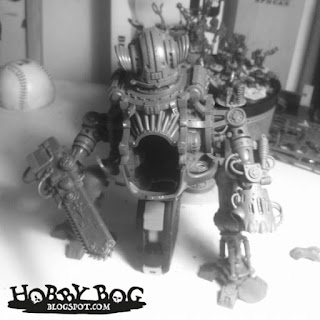 P.S. You can see some finished gretchin on the background — still have about a hundred finished models to photo...
Posted by Alex Dread at 11:34